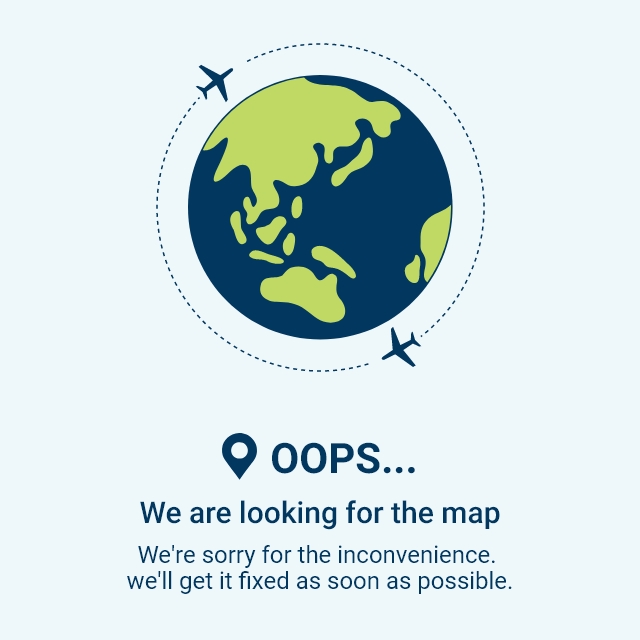 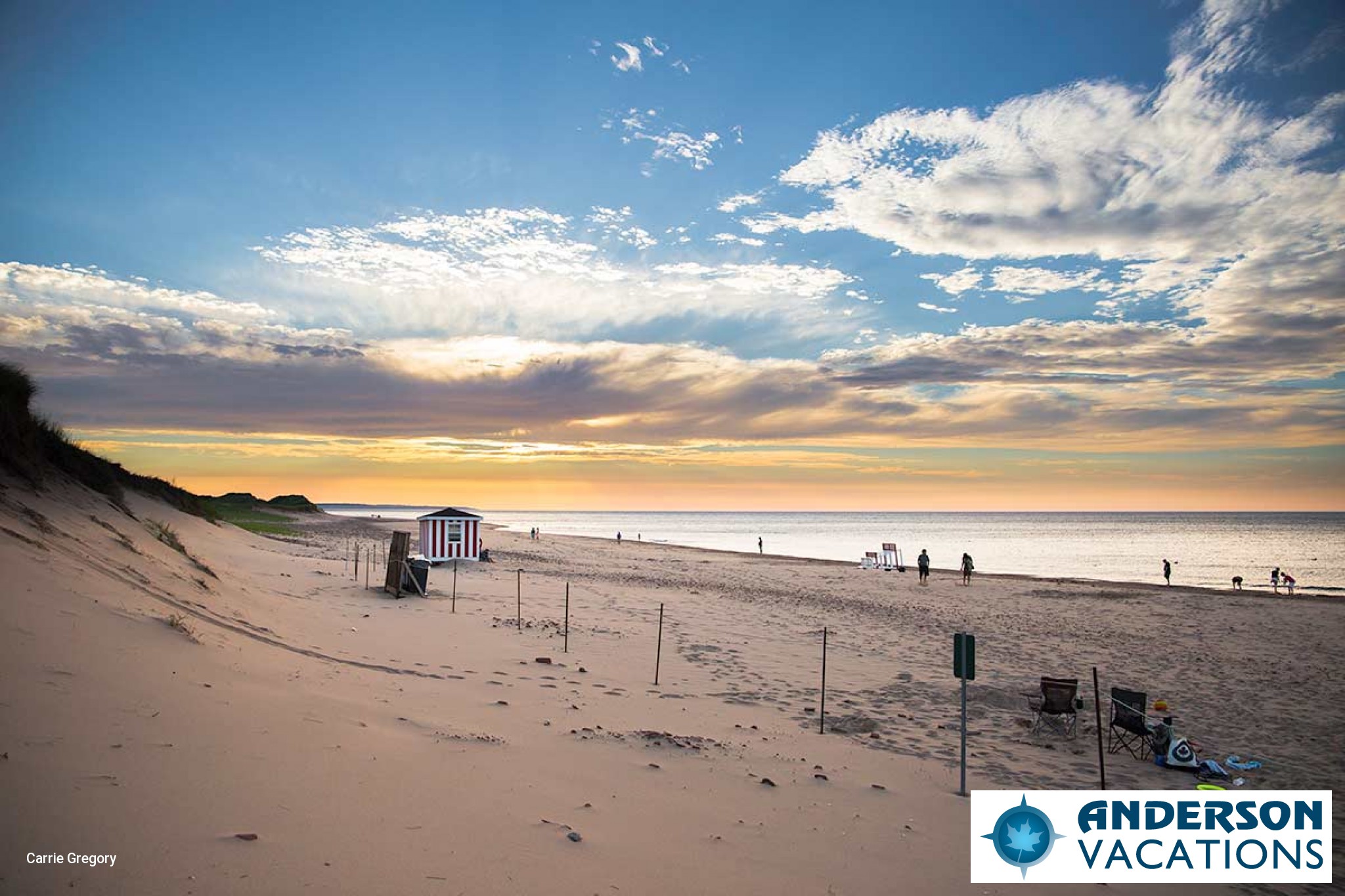 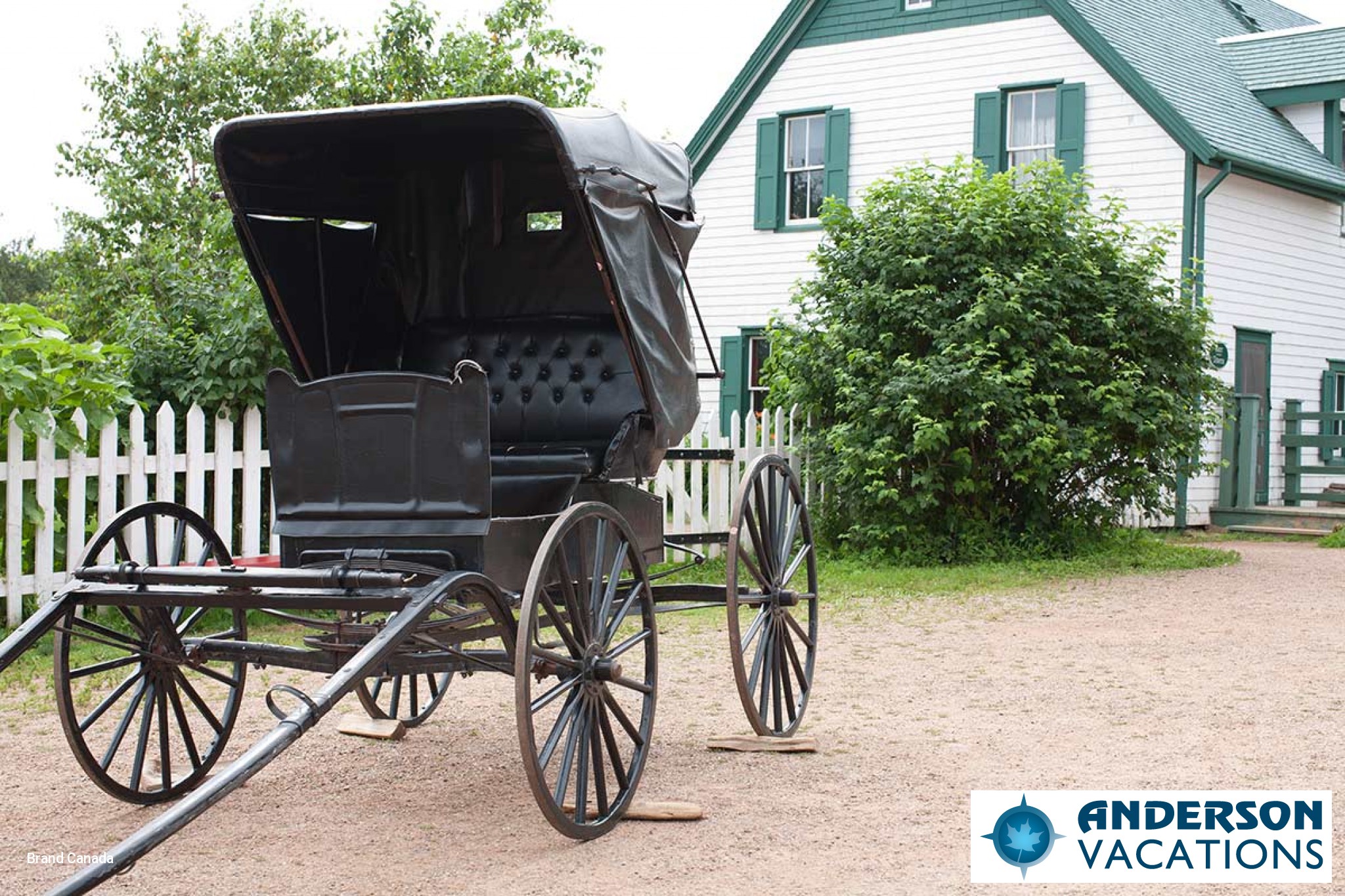 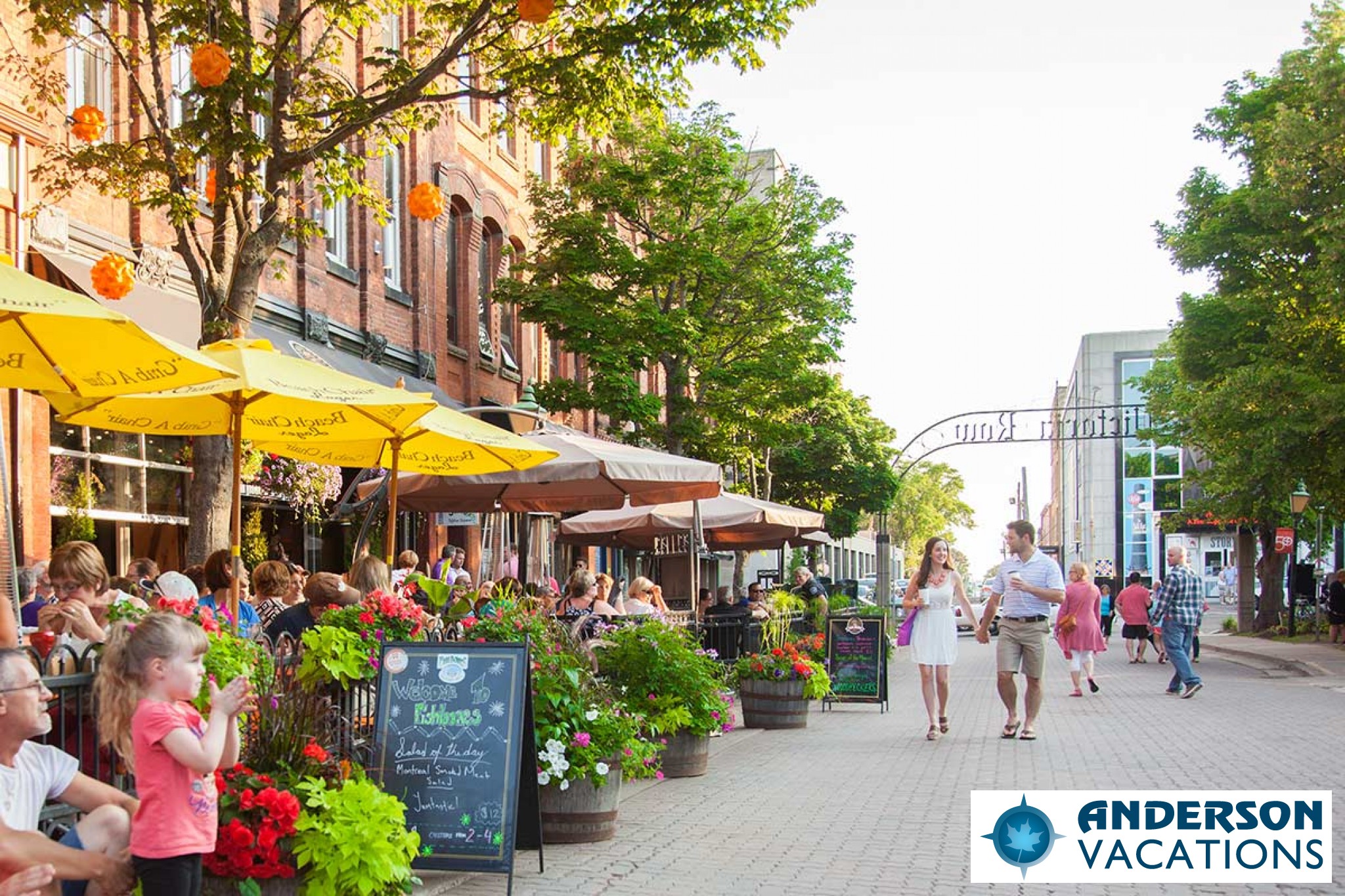 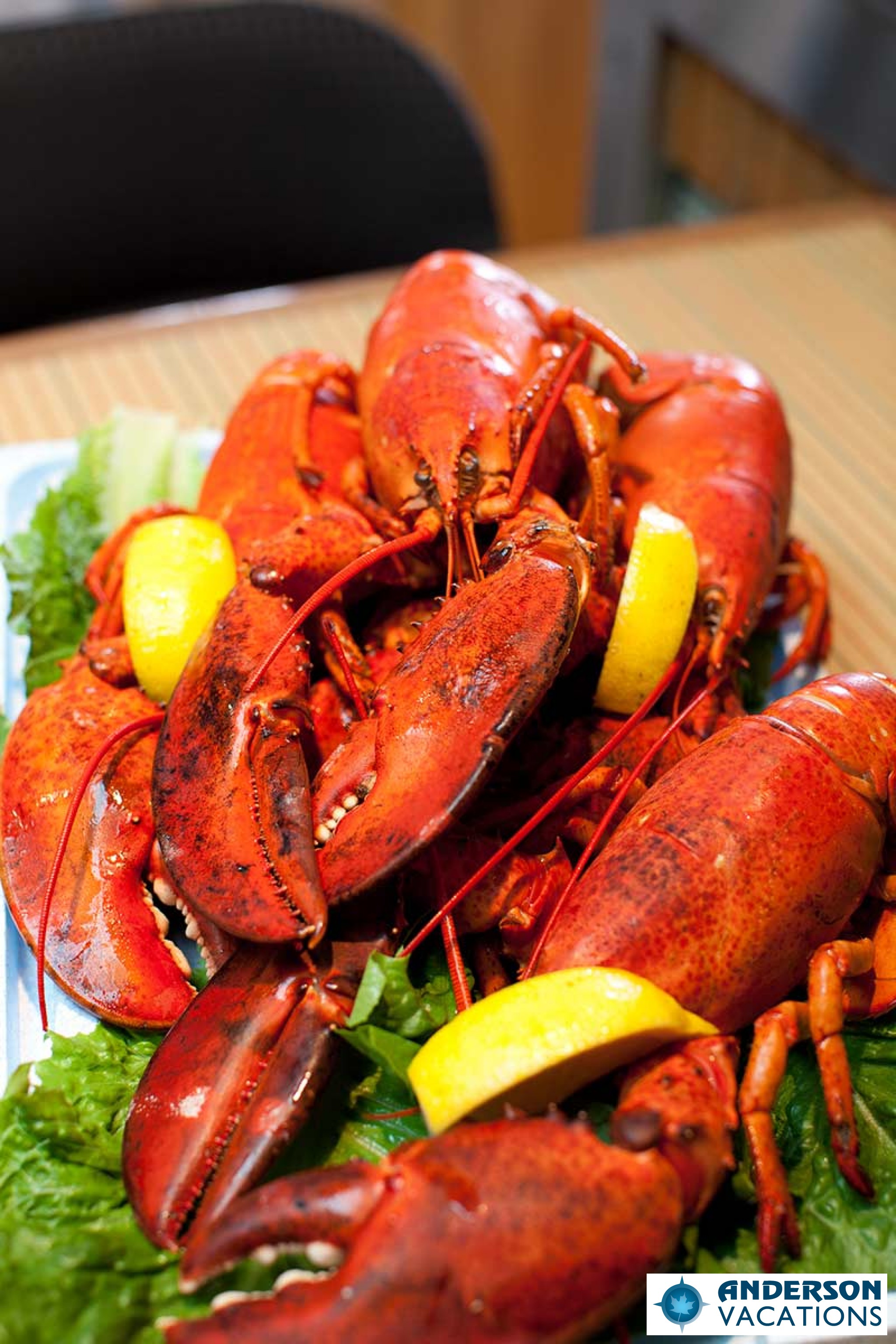 Why Take A Custom Tour?

Do you arrange airport transfers?

Can you assist with booking additional accommodation?

Yes! We can certainly assist with booking additional nights of accommodation for you before and/or after your fully escorted tour! Please inquire for further information and pricing.

Can you assist with booking flights?

Yes! We can certainly assist with booking your flights for you! We do not recommend you book any flights until you receive your booking confirmation directly from Anderson Vacations Tours, as some tours are not pre-guaranteed. Please inquire for further information and pricing.

Is it possible to book a triple share accommodation?

Yes, it is possible to book triple share accommodations on select trips. Please inquire about this option, as pricing may also vary and it will be subject to availability.

Can we book this tour with our exclusive group?

Anderson Vacations Tours can work with private groups to customize a tour to your needs. Please inquire for further information and pricing.
Tour Questions

What is the average age of passengers for this tour?

Our tours are suitable for all age demographics. The average age of travelers is typically 45+

I am a solo traveler. Is there a single surcharge?

There are options for single travelers to join most tours. Solo Travelers can choose to pay the single supplement and have their own room throughout the tour. For those willing to share, we also have a Twin Share option that is offered for the majority of our tours. This means you will be sharing the hotel rooms with another single, same gender traveller who also books the Twin Share option. If this is the case, there will be no single supplement charged to either of you. If we are unable to match you with another Twin Share traveler, there may be a single surcharge applied to cover the full cost of the rooms on some of our longer tours. Please enquire before finalizing your booking for full details.

How physically demanding is this tour? Are you able to accommodate people with mobility restrictions/limitations?

This tour has a low level of physical demand, although there may be some activities or sightseeing tours that require walking short distances. Please inquire if you have any mobility restrictions before completing your booking to ensure this tour is right for you.

How much luggage should I bring?

Each passenger may bring one large suitcase and one carry-on bag. The weight limit for this suitcase is 32 kilograms/60 pounds. Baggage handling is provided at the hotels in our tour packages. Please advise our reservations staff if you will be bringing additional items such as a cane, walker or wheelchair. You may also bring one small soft-sided carry-on bag, which should easily fit into the overhead shelf of the coach. Each person is responsible for his/her own carryon luggage. Remember to check your airline baggage restrictions if you are flying, as they may differ from Anderson Vacations Tours guidelines.

What is your recommended spending amount for non-included meals?

Yes! There are many meals included on our fully escorted tours. Please inform us of any dietary restrictions at the time of booking so we can ensure there are alternative meal choices and arrangements made for you.

Are gratuities included in the tour cost?

For your convenience, gratuities for local guides and meals stated on the itinerary are included in the price of the tour. For meals not included in your tour package please remember that it is customary to tip your server 15-20% in North America. Gratuities for your Motorcoach Driver and Tour Director are left to your discretion. We recommend $4.00 - $5.00 CAD per person, per day for your Motorcoach Driver and $6.00 - $7.00 CAD per person, per day for your Tour Director. if you can't find your
Ready? Have More Questions? Over 25 years offering custom trips and small group tours.
INQUIRE ABOUT THIS TRIP
OR CALL 1.866.814.7378
Seasoned Tour Guides Get a deeper understanding with storytelling tailored to your interests.
Space To Breathe We never max out buses even if we use the same size bus as the competition.
All Inclusive No hidden expenses along the way. Competitors offer activities as an extra - we don't
DOWNLOAD
Tour Code
5PEI

Day 1:Charlottetown - Summerside (1 hour)
Explore Canadaâs smallest Province and one of the newest cities in Canada. The city of Summerside is now a modern lively city with an attractive waterfront area and a rich in heritage with stately homes that grace the downtown residential core that were once home to wealthy shipbuilders. Spinnakers Landing on the waterfront brings the shipbuilding era alive. This evening we recommend you attend the Feast Dinner Theatre held in the Brothers 2 Restaurant.
Overnight: Summerside
Day 2: Summerside - Cavendish (1 hour)
Drive along Green Gables Shore which offers a perfect combination of Island scenery, culture and food artisans. Visit Kensington and the old stone railway station, a National Historic Site, as well as well as Indian River, to view the dramatic church of St. Mary. Continue onwards to Cavendish, home of Anne of Green Gables and Avonlea, the village of Anne of Green Gables. Visit the Anne of Green Gables Chocolates- they are handmade before your eyes at Avonlea Village. Extend your drive to New Glasgow and tour the Glasgow Glen Farm, producer of Cheese Lady's Gouda, with over 16 flavours of gouda cheese.
Day 3: Cavendish sightseeing
Spend the day exploring the home of Anne of Green Gables. Founded in 1790 by Scottish immigrants, Cavendish grew to become a small farming community. Author Lucy Maud Montgomery was born in New London nearby and moved to Cavendish later after her mother died. Her frequent visits as a child to meet with cousins at the family Green Gables farm created a deep impression and was the basis for her fictional blockbuster âAnne of Green Gablesâ and several other stories in the series. the 20th century, Cavendish thrived as a travel destination due primarily to L.M. Montgomeryâs books and in 1937, the Prince Edward Island National Park was created. Cavendish Beach became one of its most popular beaches with the Green Gables farm also within the National Park perimeter. Cavendish has a world class golf link, amusement parks, a beautiful beach, shops and is a haven for Anne of Green Gables fans. Visit the Anne of Green Gables Museum and spend time in Green Gables farm house with its beautiful landscaped grounds. In nearby Avonlea Village, experience true PEI hospitality with delicious food, traditional Island music and quaint shopping. Avonlea Village consists of purpose built and heritage buildings together to re-create the fictional 19th century hometown of Anne of Green gables character, Anne Shirley.
Day 4: Cavendish - Charlottetown (1 hour)
Continue on to Charlottetown, the capital of the island Province. Take a culinary walking tour of downtown Charlottetown that features tastings of unique Island foods such as lobster sushi, mussels, craft beer, chocolate-dipped potato chips, hand-cut fries, Lebanese specialties and COWS ice cream. In the afternoon visit one of the many farmers markets in the downtown core of Charlottetown. This evening perhaps try a unique dining experience in the Lucy Maud Dining Room, a training restaurant for the Culinary Institute of Canada. The students are under the guidance of world class chef instructors and prepare extraordinary culinary creations using the best the farms and seas of PEI have to offer. Come for the food and enjoy the view overlooking Charlottetown Harbour.
Overnight: Charlottetown
Day 5: Charlottetown
Prince Edward Island is known as the birthplace of Confederation. In 1864, the politicians from New Brunswick, Nova Scotia, Ontario and QuÃ©bec met in Charlottetown to form the new nation of Canada but archaeologists have found evidence of early Mi'kmaq settlement that dates thousands of years. Enjoy a walking tour of historic Charlottetown with a stroll to retrace the footsteps of the fathers of Canadian Confederation. Visit Founders' Hall, Canada's Birthplace Pavilion or the historic street called Great George. If time permits, visit Fort Amherst-Port-La-Joye National Historic Site, located near Charlottetown Harbour and Victoria-by-the-sea, a historic fishing village that has been revitalized by the many craftsmen who now call it home.
STEP 1
STEP 2
STEP 3 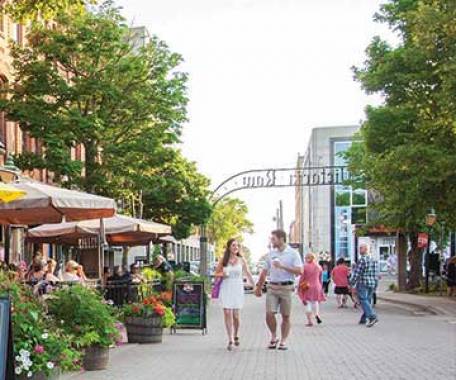 What you get with a custom trip:

Private & Customizable You can see what you want. when you want. how you want. All organized for you.
Unique Experiences You take in the region in a different way. Combine your trip with our group tours.
Freedom To Explore Time to enjoy and take in each place and to do only the activities you want to do.

*The style our travellers have enjoyed for over 20 years, these tours feature inclusive itineraries to popular destinations including the 'must see' sites and attractions. Led by an expert Tour Leader, you will enjoy comfortable accommodation, and coach transport throughout the journey.

*These tours are defined by their incomparably unique itineraries, featuring 'off the beaten path' destinations and immersive experiences. An intimate group size allows us to stay in smaller, centrally located, unique and boutique style inns, lodges and hotels, utilize traditional local transportation and dive deep into each destination's local culture and traditions.

*These travel experiences are fully customizable to better fit your needs. Every itinerary is created based on your comfort level, accommodation choices, and personal interests. Whether you are looking for a rail adventure, self drive holiday, unique experiences, or a short city stay our team will work with you on combining accommodation, transportation, and activities based on your preferences to create the perfect itinerary for you.

Types of Bubble Tours: Self-drive "travel with your bubble" itineraries based on 6 pax AND Bubble Tours with a guide based on 12 pax

The style our travellers have enjoyed for over 20 years, these tours feature inclusive itineraries to popular destinations including the 'must see' sites and attractions. Led by an expert Tour Leader, you will enjoy comfortable accommodation, and coach transport throughout the journey.

These tours are defined by their incomparably unique itineraries, featuring 'off the beaten path' destinations and immersive experiences. An intimate group size allows us to stay in smaller, centrally located, unique and boutique style inns, lodges and hotels, utilize traditional local transportation and dive deep into each destination's local culture and traditions.

These travel experiences are fully customizable to better fit your needs. Every itinerary is created based on your comfort level, accommodation choices, and personal interests. Whether you are looking for a rail adventure, self drive holiday, unique experiences, or a short city stay our team will work with you on combining accommodation, transportation, and activities based on your preferences to create the perfect itinerary for you.